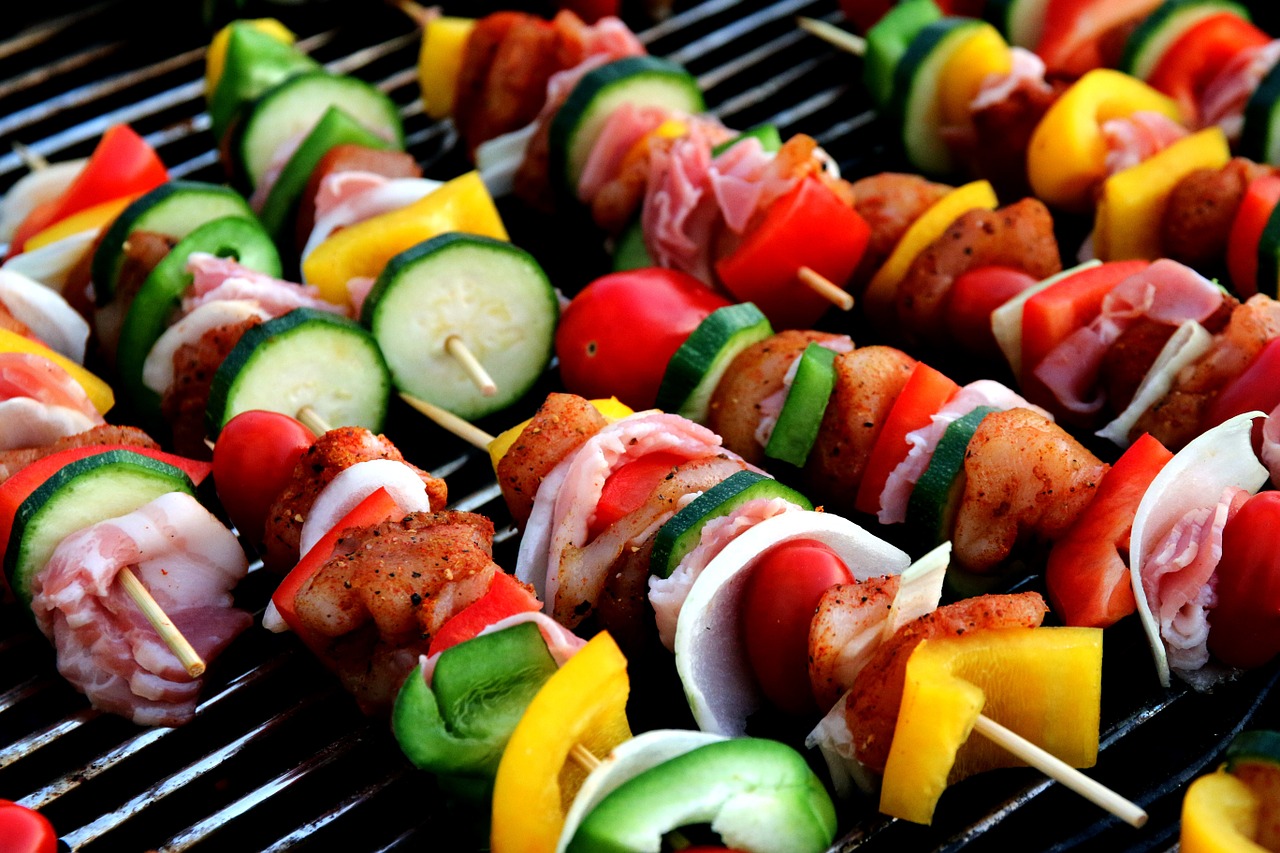 This are excellent tips to keep you healthy and aware of not only what but how you cook and grill. Take note, especially of marinade techniques that will enhance the healthfulness of your grilling.

“The topic of grilling carcinogens is probably the last thing you want to focus on while heading up for a summer cookout, especially on Fourth of July weekend. The truth is when we’re playing softball, enjoying a family picnic or watching fireworks, there’s a good chance you’re in front of a grill firing up some hot dogs, burgers, shrimp, ribs or even veggie kabobs.

Normally, we just write off this time as a once-per-year gorge fest, turning a blind eye to any health concerns as well. I’m not saying that your burger and bratwurst bonanza can’t pack on pounds and clog your arteries, but the good news is that Fourth of July cookouts don’t have to be bad for you in other aspects, such increasing your risk of cancer. With just a few simple steps, you can not only avoid grilling mistakes and drastically lower the amount of grilling carcinogens hiding out in your meals, but you can make them taste much better, too.

Background on Grilling Carcinogens
All meats have amino acids, such as creatine, and sugars. If you grill them at very high temperatures, though, those substances naturally produce molecules called heterocyclic amines (HCAs), toxic compounds also found in cigarette smoke. We’ve known about these cancer-causing agents for 15 years now.

When you compare different types of meats, sadly (and tragically), the highest concentration comes from bacon. The second highest is from fried pork, followed by beef and then chicken. (This particular study didn’t look at fish.) (1)

Where the Burn Is Best
This is great news for people who veg out at the grill. Feel free to singe away and flame it up. Plants don’t have the combination of creatine and sugar found in meats, nor do they have the fat drippings that smoke up into the other grilling-induced carcinogens called polycyclic aromatic hydrocarbons.

Grilled pineapple is fabulous with a bit of sesame oil over it. We grill apricots and peaches in exactly the same way, and they’re luscious.

But What If You’re a Meat-o-Phile?
Sure, you want to be healthy but … bacon. Yes, you want to consume fewer carcinogens but … ribs. And you’d love to go all lean and green but … salmon.

The good news is cutting back on your carcinogens doesn’t mean you have to cut back on flavor, meat or even grilled meat. Below are some simple and tasty suggestions to help you minimize your exposure to cancer-causing compounds before, during and after you grill.

Reduce Grilling Carcinogens: Pre-Grill
The Cancer Research Center of Hawaii found that a teriyaki marinade reduced HCAs by 67 percent. A turmeric-garlic sauce reduced them by 50 percent. The key here is to use a thin, vinegar-based sauce, sans sugar.

Compare that to a thick, concentrated commercial barbecue sauce with additive sugars, which can actually triple the number of HCAs in meat.

The researchers performed experiments to find out how herbs and spices can lead to HCA reduction in meats. Basil, mint, rosemary, sage, savory, marjoram, oregano and thyme possessed powerful anticancer action in grilled meats. Most of these herbs are rich in three compounds — carnosic acid, carnosol and rosmarinic acid — all of which are potent antioxidants. (2)

So be sure to include these tasty, cancer-fighting herbs in your marinade.

Reduce Grilling Carcinogens: Mid-Grill
You have many settings on your barbecue, but don’t opt for the blowtorch approach when it comes to grilling meat. To avoid creating carcinogens, start on a medium-high temperature and flip the meat often. This will avoid charring, and that will prevent HCAs.

Another great technique, in case you have multiple burners within your grill, is to grill up each side quickly and then turn off the burner that lies directly under the meat while keeping the other burners on. That basically transitions your grill into an oven.

Reduce Grilling Carcinogens: Post-Grill
Once you’ve cooked the food, there is one very commonsense thing you can do to maximize flavor and minimize carcinogens.

Don’t eat char. Think about it. Char. It’s just burnt meat. It’s carbon. I know you like the idea of going all caveman with your singed side of mammoth, but char doesn’t even have any flavor. Don’t eat it — cut it off. If you do this one simple thing, you’ll eliminate many of the HCAs that do form despite your marinade protection.

Even briefly marinating foods is effective in reducing the amount of carcinogens — in some cases by as much as 92 percent to 99 percent. As a rule, use about one-half cup of marinade for every pound of food, although large pieces may need more to cover the food’s surface adequately. (3)

The amount of marinating time is up to you because it only takes a few minutes to get the full cancer-preventing effect. Longer times will just add more flavor — good health has never been so tasty.

By going low and slow, and refusing to eat char, you’ll be able to get outside, grill and add flavor to your barbecue without compromising your health.”

Excellent tips to remember when grilling!